“SOPRANO MERITS STARRING ROLE. Hoch showed the considerable versatility of her mesmerizingly silken soprano. Hoch’s luminous voice is so edgeless and well-controlled that she both invigorates and owns whatever she sings.”
-The Wichita Eagle

“Beverly Hoch earned a lot of new fans, singing with an agile and well-focused coloratura voice that is particularly impressive in the highest register.”
-The Philadelphia Inquirer

“Hoch gave full dramatic flavor to the texts, which she seemed to understand thoroughly (and to pronounce idiomatically). She made each song into a little dramatic performance, with characterization, gesture, emotional expression, and the creation around her solitary self of a full (although invisible) dramatic situation, as though in an opera.”
-Los Angeles Reader 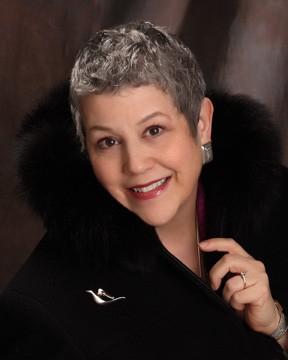 Beyond her lovely, florid soprano voice, and engaging personality, Kansas-born BEVERLY HOCH is one of the world’s great chamber musicians, having made national tours with the Chamber Music Society of Lincoln Center, as well as appearing on several Alice Tully Hall programs with such distinguished colleagues as David Shifrin, Charles Wadsworth and André Watts. She has also sung with the Bach Aria Group and countless orchestras, especially esteemed for her interpretations of Händel’s Messiah, Haydn’s Creation and Orff’s Carmina Burana which she recorded for Decca with Charles Dutoit and the Montreal Symphony and has sung with Mto. Dutoit and the Philadelphia Orchestra, Alessandro Siciliani and the Columbus Symphony, Zdenek Mácal and the Houston Symphony, as well as with the Colorado Symphony and Florida Orchestra. A frequent soloist of choice of conductor Christopher Seaman, she has sung with him the Brahms Requiem (Rochester Philharmonic), Messiah (Seattle Symphony) and Mahler’s Fourth Symphony (Naples Philharmonic). Other orchestral credits include the Brahms Requiem with Gerhardt Zimmermann and the Canton Symphony; Christmas concerts with the Dallas Symphony; and New Year’s Eve concerts with the Detroit and Cincinnati Symphonies. A favorite on the festival circuit, she has been warmly welcomed at the Bard, Newport, Ravinia, Wexford, Marlboro, Aldeburgh, Glyndebourne, Kuhmo, Santa Fe, Aspen, Carmel Bach, American and Italian Spoleto Festivals and sung principal roles with the Washington and Arizona Operas, earning particular acclaim two consecutive seasons as Adele in the Strasbourg Opera’s Die Fledermaus. Ms. Hoch’s discography include The Art of the Coloratura, Händel’s Imeneo and Mozart’s Die Zauberflöte(Norrington/London Classical Players). She also participated in a Messiah performance in Bethlehem, shown at the Cannes Film Festival. Ms. Hoch is a winner of the Young Concert Artists international auditions.