Opera remains a special love, and she has enjoyed particular success as Mimì in Puccini’s La Bohème, a role for which she was engaged by the New York City, San Francisco and Piedmont Operas, Opera Omaha and the New Jersey Symphony.  Other Puccini roles include Liù in Turandot with Opera Colorado and the Virginia Opera, Magda in La Rondine at the Washington Opera, and the title role of Suor Angelica at the Longview Opera.  She has also sung Pamina in Mozart’s The Magic Flute with the Los Angeles Philharmonic at the Hollywood Bowl, as well as at Michigan Opera Theatre and the Washington and Toledo Operas.  She has also appeared at Opera Theater of St. Louis and the Connecticut Grand Opera.

Awards include placing first in the Naumburg Competition and prizes in the D’Angelo and Puccini Foundation Competitions. Ms. Santiago holds Bachelor’s and Master’s degrees from the Juilliard School. 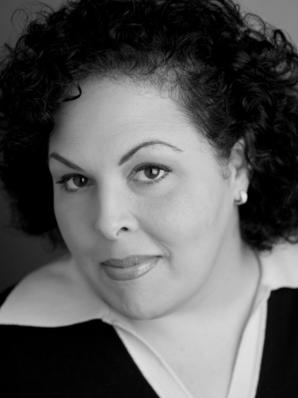 Pamina in Mozart’s Die Zauberflöte at the Washington Opera:

“Aficionados interested in diva futures might think about investing in Theresa Santiago. This young soprano sang Pamina with appealing warmth, poignancy and control. Any singer who commands her kind of power and can still project fragile innocence can look forward to a big career.”
-The Baltimore Sun

"Soprano Theresa Santiago made the most of the small yet vital role of Liù, communicating her innocent power during a third-act aria of real subtlety and poignancy."
-The Denver Post

Verdi concert with the Cincinnati Symphony:
"And a rich experience it was, with soprano Theresa Santiago in three exquisitely sung arias from Verdi’s Shakespeare operas,…Ms. Santiago rendered Desdemona’s final scene from Otello in clear, sweet tones, superbly modulated from top to bottom."