Audio of Mr. Genz singing Love in her Eyes Sits Playing from Haendel's Acis and Galatea

Video of Mr. Genz in Benedictus from the Mass B Minor Mass

2013 Recording of Bach's St. John Passion:
"The most important roles are Jesus and the Evangelist.  The experienced tenor Christoph Genz who has recorded many CDs with Kuijken excels in his multifaceted interpretation of the Evangelist.  First and foremost he convinces with his elegant, characterful singing and sheer individuality of his voice.  Especially the taxing high recitatives seem to present no problem at all to Genz, he can sing in this extreme register without strain or effort.  Together with Kuijken and the continuo group Genz finds real drama in his role.  In both recitatives and the arias, his narration is strong, diction clear and intonation flawless.  It is remarkable how beautiful, free and fresh his voice remains throughout even the longest passages."

Return to the Montreal Symphony/Kent Nagano for the St. John Passion:
"As the Evangelist, German tenor Christoph Genz provided a lyrical narration of the drama, carrying the flow of the story with stunning clarity and smoothness."
-La Scena Musicale

"Tenor Christoph Genz, singing the Evangelist, acted the part of the storyteller in masterfully delivered recitative.  His voice was light and nimble, reaching high into its upper range with total ease.  At all times Genz was connected to the drama and the text, propelling the story forward with concision and sensitivity.  His consistencey produced a wonderful unification and a sense of linearity in the concert."
-Bachtrack.com


In recital with Charles Rosen:
“Rosen teamed up with the terrific young German tenor Christoph Genz for the song cycle Dichterliebe, restoring four songs that Schumann originally included but later took out (apparently for commercial reasons).  It was a memorable performance.  Genz has an extremely clear, light voice, effortless and natural throughout its range, and his take on the songs was expressive but never overcooked.”
-The Washington Post

“On this Schumann tour, Rosen is joined in Dichterliebe by Christoph Genz, a German tenor whose substantial operatic experience is put to excellent use.  His performance at VCU was intimate in delivery, as art-song should be; but he latched onto the drama, even theatricality, of songs such as Und Wüsstens die Blumen and Die Rose, die Lilie, die Taube, and put heart, as well as clean, refined tone, into the set’s many romantic reveries.  His diction was spotless, which the audience’s probably few German-speakers appreciated.  Other listeners were doubtless more gratified by Genz’s expressive and communicative skills.”
-Letter V – The Virginia Classical Music Blog

Händel Arias CD:
“It is a pleasure to listen to that smooth, floating voice.  Genz tackles the difficulties in Händel’s arias impressively, never forcing his voice which rests attractively in the middle, intensifying appropriately at the more dramatic moments.  Wholeheartedly recommended.”
-Leipziger Volkszeitung

Bach’s St. John Passion with Markus Stenz conducting, in Cologne:
”A lyric tenor of the quality we have not heard since Christoph Prégardien.  He performs regally and effortlessly.  Even beyond the singing, he revels in and reveals the beauty of the German language.”
-Berliner Zeitung

Bach’s St. John Passion with the Leipzig Gewandhaus Orchestra:
“The star of this performance was Mr. Genz.  An utterly convincing Evangelist, he holds together the entire proceedings without exaggeration or affectation, simply telling the story with a radiant, clear tenor, employing vibrato only when appropriate.  Erwäge, wie sein blutgefärbter Rücken became the evening’s highlight, the tenor singing with great beauty and ardent passion.”
-Leipziger Volkszeitung

Carmina Burana with Carl St. Clair in Dusseldorf:
“Tenor Christoph Genz was very convincing, with a secure top register in the notoriously ungrateful role of the swan.”
-Westdeutsche Zeitung

Elijah with the San Francisco Symphony under Herbert Blomstedt:
“The evening's most exciting discovery was tenor Christoph Genz, whose phenomenal debut was marked by gorgeous, burnished tone and fluid phrasing.  The aria If with all your hearts ye truly seek me, which may be the score's most sumptuously beautiful stretch of writing, sounded even more heart-stopping in Genz's version."
-The San Francisco Examiner


Calgary Philharmonic debut, St. John Passion under Roberto Minczuk:
“A particular treat was the presence of German tenor Christoph Genz in the role of the Evangelist.  This part requires a light, high tenor.  Genz was up to the challenge, the voice clear and sweet, without any strain at the top, and with a fine dramatic sense of the words."
-The Calgary Herald

Particularly celebrated for his work in Mozart’s operas, Christoph Genz was a member of the ensemble of the Basel Theater, with subsequent guest engagements at the Opéra de Nancy (Ferrando in Così fan tutte), Théâtre des Champs-Elysées, Paris (Tamino in Die Zauberflöte), Opéra de Lausanne, Teatro alla Scala), Semperoper Dresden (Ferrando, Belmonte in Die Entführung aus dem Serail), La Coruna (Tamino), and the opera houses of Leipzig, Cologne and Wiesbaden.  From 2001-2005 he was an ensemble member of the Hamburg State Opera.

Recent career highlights include a tour with Thomanerchor Leipzig/Gewandhausorchester to South Korea, Japan and England (Bach’s St. Matthew Passion), a tour with La Petite Bande/Sigiswald Kuijken (St. Matthew Passion), an opera production at the Schwetzingen Festival as well as concerts and recitals in Vienna, Leipzig, Cologne, Paris, Hong Kong, Amsterdam and Montreal.  In North America he has appeared with the Saint Louis, San Francisco, Phoenix and Montreal Symphonies.   2013 includes a production of Vivaldi's Farnace at the Maggio Musicale Fiorentino, and concerts in Munich, Zürich and Leipzig, and a staging of Bach’s Weihnachtsoratorium at the Hamburg State Opera.

Christoph Genz’s early musical training was as member of the St. Thomas’ Boys Choir in Leipzig.  He continued his studies in musicology at King’s College Cambridge where he was also a member of King’s College Choir.  He studied voice under Hans-Joachim Beyer at the Hochschule für Musik und Theater in Leipzig and with Elisabeth Schwarzkopf.  He won first prize at the International Singing Competition in Grimsby, England and the first prize at the International J.S.Bach Competition in Leipzig. 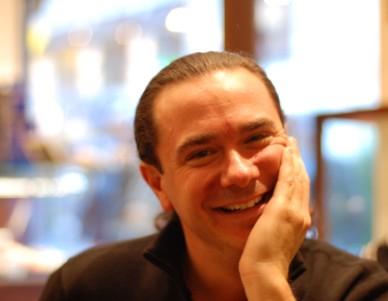