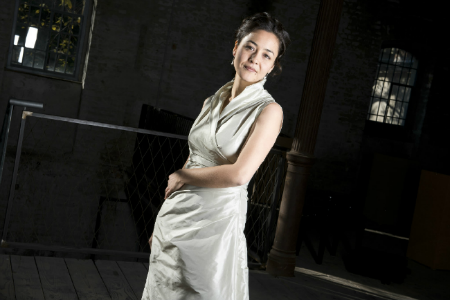 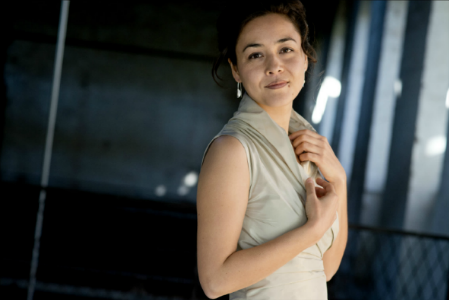 Cornelia Herrmann plays Mozart Concerto No. 23 in A Adagio

Born into a family of musicians in Salzburg, Cornelia Herrmann studied with Imre Rohmann in Salzburg, Noel Flores in Vienna and Ferenc Rados in Budapest, and drew further inspiration from study with Alexander Lonquich, Murray Perahia, András Schiff and Alfred Brendel. 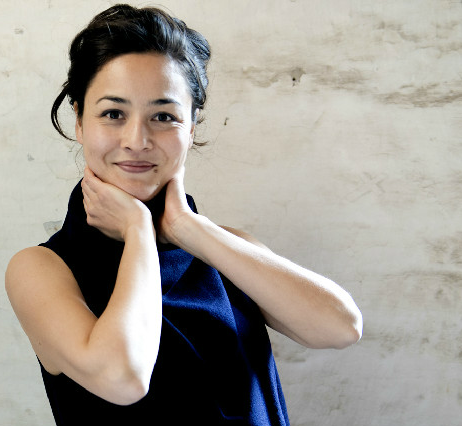 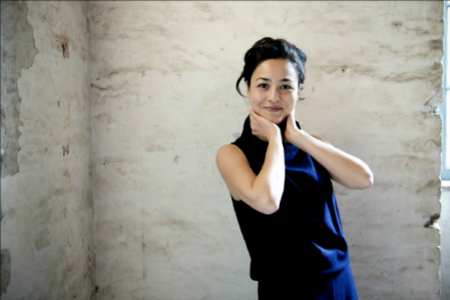 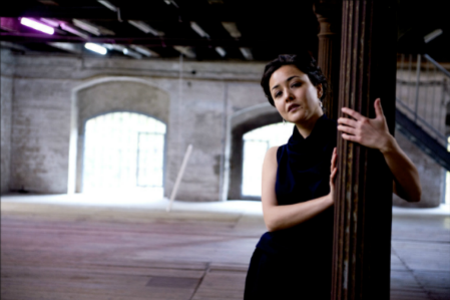 "On offer were three keystone works of Scandinavian orchestral repertoire sculpted with utmost color and precision by guest conductor Mei-Ann Chen, current conductor of the Memphis Symphony and the Chicago Sinfonietta. Pianist Cornelia Hermann soloed in the piece synonymous with Norwegian romanticism, Edvard Grieg’s Piano Concerto in A minor. A perennial orchestral staple, Hermann’s interpretation was forceful and direct, capturing the sense of the evening"


Two reviews in the Thuringer Allgemeine:

"The solo recital of Cornelia Herrmann on Holy Saturday in the sold-out church of Dornheim was a great success.  She performed a recital full of Italian grace, charm and irresistible beauty and her playing was of the utmost subtlety and perfection.  She proved to be an ideal performer of Bach's music.  The recital started with a 'hit' - the Italian Concerto.  I wonder if I have ever heard this vibrant piece performed with such delicacy and perfection.  Also the other pieces (Aria variata alla maniera italiana BWV 989, Prelude and Fugue on a Theme by Albinoni, BWV923/951, Concerto After Marcello in D Minor, BWV 974 and Partita No.2, BWV 826) were performed by Herrmann in the same graceful manner radiating a hint of Mozart...  After a lot of 'Italy' and enthusiastic applause she played two encores from the French Baroque period - an elegant Sarabande and the entertaining Hen by Rameau."


"Cornelia Herrmann began her recital with a beautifully articulated rendition of Bach's 'Italian' Concerto - one of the composer's best-known piano pieces.  Her interpretation was always rich and colorful.  A particular highlight was Prelude and Fugue on a Theme by Tomaso Albinoni in B Minor where she succeeded in bringing out the intricate and reverse structure of the piece through her sensitive and songful playing."

"The young Austrian pianist Cornelia Herrmann gave a very persuasive recital at this year’s MDR Musiksommer, a program of pieces by Bach, Bartók, Busoni and Villa-Lobos.  This was thrilling, technically accomplished and sophisticated playing.  In the Bach C-Minor Suite her affection for the composer’s music was palpable, simultaneously vivacious and precise.  No less convincing were the chorales by Busoni, which in Herrmann’s hands literally seemed to burst with joie de vivre."
-thueringer-allegemeine.de


May 2013 Return to the Toledo Symphony:
“Familiar as Mozart Concerto No. 24 in C Minor is to most listeners, with guest soloist Cornelia Herrmann at the keyboard and Sanderling ready to collaborate, this musical journey was so very fine and full of pleasant surprises.

New recording of Bach French Suites:
"It is rare nowadays to hear such wonderful and comforting pianism.  Herrmann's sound is full and attractive, but never lacking a solid core and firm attack.  She uses all the assets of a modern piano to create this irresistibly warm sound, but also gives attention to the intricate polyphony -- every detail emerges but without losing the overall phrasing.  In faster movements her left hand is especially articulate, with distinct, precise rhythm.  In slower ones like the Allemande and Sarabande, her playing is more appropriately lyrical, creating long musical arches... this is elegant pianism that positively sings."
-Geijutsu Music Magazine

"For Cornelia Herrmann, an established expert in Bach, expectations were high for her new recording, and they were easily met.  Simply beautiful, elegant, with a full, warm sound, every individual tone indelibly shaped, the complex polyphony rendered crystal-clear.  Herrmann plays with a very refined touch, seeming to simply breathe music"
-Chopin Music Magazine


Mozart Piano Concerto No. 21, with Stefan Sanderling and the Florida Orchestra:
“Is there a more perfect piece of music…The delightfully unpredictable nature of the concerto is exemplified by the belated, deceptively offhand entrance of the pianist in the first movement, with Herrmann fitting into the orchestral texture in serene fashion.  A highlight was the cadenza in the first movement that was both mysterious and forthright, if that’s possible, in the Austrian soloist’s assured reading.  The slow movement was a dream, with Herrmann bringing a limpid touch to the famous melody over muted strings and pizzicato cello and bass.”
-The St. Petersburg Times

“Whoever is dismayed by harshly powerful interpretations of Beethoven’s final piano concerto would welcome the Herrmann’s refined and delicate interpretation.  Hailing from a highly musical family, she made us hear Beethoven #5 anew, entering the first Allegro smoothly and alertly, bringing wonderful, pearly lightness to the first cadenza and masterfully sensitive tone throughout.  In the Adagio she calmly built tension in the phrases, her delicate touch reminiscent of Murray Perahia.”
-Rhein-Neckar Zeitung

“A magnificent soloist, Cornelia Herrmann brought both high drama and beautifully sung melodies, smoothly leading us to the Beethoven cadenza.  Deserving special mention are her eloquent dialogue with the winds in the Romance, Herrmann tastefully and discreetly embellishing her melodic lines to create a real dialogue among the instruments.  In the finale she built such suspense and tension, you could have heard a pin drop.”
-Drehpunkt Kultur

“Certainly the most exciting serendipity for the audience was listening to Austrian pianist Cornelia Herrmann recreate Mozart’s wonderful early piano concerto, No. 9 in E-flat Major (“Jeunehomme”).  In her American orchestral debut, Herrmann was a marvel.  With brilliant technique and tender yet authoritative touch, she seemed to melt into the composition, yet retain control over every carefully placed note.  Her expressiveness and clear concept made each gesture an enhancement of the overall effect.  The opening Allegro, with its lively and changeable dialogues between piano and orchestra came across as a frolic grounded by excellent ensemble work.  Solemn yet never sluggish, the Andantino was a thoughtful journey, and a lesson in how to massage the key notes of a melody into a heartsong without once sounding precious.  Herrmann’s deliberative tempo gave way to the romp of the final Rondo:  Presto.  Again, there was no rushing, no fumbling, just a sense of each note belonging exactly where it was sounded.”
-The Toledo Blade

Austrian Cultural Forum, Washington D.C.
“Annually some of the young European musical superstars parade through Washington's embassy community with surprisingly little advance notice. Thursday night it was the turn of Cornelia Herrmann, a finalist and winner in the 1996 International J. S. Bach Competition in Leipzig, Germany…Not surprisingly, Herrmann opened her concert with a very impressive rendition of Bach's Partita No.2 in C Minor. Obviously Herrmann's participation in master classes with Murray Perahia has paid off for her, as she plays Bach with an intentional majesty but with an artful awareness of the moments when the capabilities of the piano can give the underlying contrapuntal music the extra "punch" impossible with a harpsichord rendition.

After an intermission, Herrmann presented the real meat of the evening, an extremely impressive version of Schumann's Davidsbündlertänze, a work so difficult that it is unlikely to find its way onto the program of any popular concert in a large auditorium. Herrmann appeared to relish the obvious complexities of a composition which moves through 18 separate pieces. This pianist plays elegantly, with a warm smile and a definite sense of personal style that should take her far.”