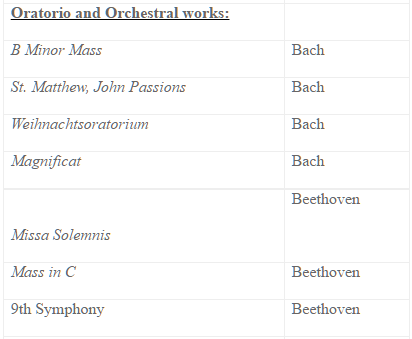 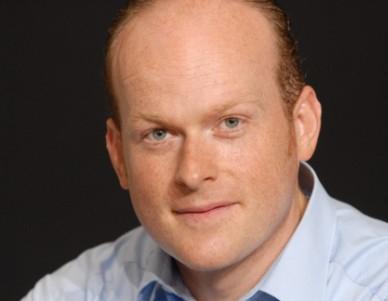 "Although all of the singers admirably and expressively carried the performance forward, it was tenor Colin Balzer as Orfeo who shone as the core of the story.  He used no score and his face and voice expressed joy, longing, desperation, anguish, sorrow in a way that could tear the heart out of your breast."

"To their great credit, Dark Horse and MusicWorks tackle the "ornamented" score. All the performers bravely rise to the occasion, especially Vancouver-born tenor Colin Balzer in the title role. His rendering of the showpiece Act III aria Possente Spirto sparkles, not only with its tonal acrobatics but also with its expressive theatricality.  All the more striking as it’s achieved with pure voice and gesture. "

"The key to this performance was the ability of the artists to communicate all the contrasts and nuances of the score, while demonstrating a keen understanding of its dramatic arc.  In the role of the semi-divine musician Orpheus, Colin Balzer commanded a wide emotional range, from jubilation in Act 1 to numb horror at the end of Act 2, and from a fleeting yet triumphant joy in Act 4 to the blackest despair in Act 5.  Monteverdi’s demigod is a man enslaved by his passions, and his failure to exercise prudence – one of the cardinal virtues of Renaissance humanism – is the primary cause of his downfall.  Balzer clearly relished the highs and lows of the character: his rendering of the Act 2 canzonetta Vi ricorda o boschi ombrosi had an infectious dancelike buoyancy, while the great centerpiece of Act 3 – Orpheus’s plea to Charon, Possente spirto, e formidabil nume – was filled with pathos and tragic grandeur, aided by the singer’s tasteful and intelligent ornamentation."

"It would be difficult to find better vocalists than the four who participated: all have estimable reputations in historical performance. Most familiar are soprano Amanda Forsythe, who has previously captivated in Handel (she led off last season with great flair) and Colin Balzer, a wonderfully-accomplished tenor who has the distinction of being born in Vancouver....Of the first half offerings, I particularly enjoyed the combination of Forsythe and tenor Colin Balzer in ‘E perché non m’uccidete’. The tenor has such a lovely warm lyricism in his expression and his phrasing has so much natural poise and seating. His singing meshed beautifully with the greater sharpness and dramatic sense of Forsythe...Colin Balzer again brought great strength and feeling to two of the remaining three duets of the second half. His ‘Occhi belli’ with Emőke Baráth was notable for its shadings and dynamics, with the soprano really showing off her unique flexibility and tone. Balzer’s warmth and dramatic line made this an exciting combination, and the more pensive feelings at the end came out with gravity. Possibly even more beguiling was ‘Gelosia’, where the tenor’s sensitive articulation and lyrical reach came together with Forsythe’s sharply-etched projection to draw out a touching sense of yearning. There was remarkable clarity and balance in this singing...This was a unique concert."

"Tenor Colin Balzer was paired with Emöke Baráth in Steffani’s “E perché non m’uccidete” (So why do you not kill me).  The text, by Brigida Bianchi, an actress and singer at the Comédie Italienne in Paris, evoques the imagery of wounding eyes. In the long opening stanza Balzer’s use of expressive vibrato in his first entry was particularly effective, as were the dramatic high entries for both voices in the first of two contrasting middle stanzas. The two singers rivalled one another in rapid succession, culminating in a bit of word painting as the eyes were compared to “comets of doom.”  A lover’s cruel eyes were again the focus of “Occhi belli” (Lovely eyes) sung by Forsythe and Balzer. Enfolded between opening and closing duets, two solo sections — one for soprano, the other for tenor — required adroit shifts in meter and key in a series of mini-arias. ”Su, ferisci, alato arciero” (Come on, shoot, winged archer), sung by Baráth and Forsythe, adopted a “furioso” mode in a virtuosic contest that mocked the paradox of the painful wounds and sweet delight conveyed by a glance.  The text of “Gelosia” (Jealousy) is by the Marquis Bartolomeo D’Ariberti, who served as the Elector Palatine Johann Wilhelm’s special envoy in Madrid in 1698. With the continuo reinforced by Baroque harp, the first and last movements matched Amanda Forsythe and Colin Balzer in melting imitative arias. The intervening stanzas showed off the singers’ expressive eloquence in two dramatic accompanied recitatives, each punctuated by a lyric flourish, arioso style, that highlighted such crucial words as “inganni” (deceits) and “veleno” (poison)."

“In the next scene, Ulisse awakened from a deep sleep to find himself on a lonely shore on the island of Ithaca, wondering where he was. His impassioned monologue, paralleling Penelope’s lament in the first scene, was beautifully sung by Colin Balzer.”
-The Boston Musical-Intelligencer

“And as Ulisse, Colin Balzer handsomely conveyed the full range of emotion, from the weariness and humility imposed on him by fate to the unalloyed joy experienced on his return.”
-The Boston Globe

Youthful powers are richly displayed not only in Orfeo (1607) but also in the magnificent 1610 Vespers, which Mr. Stubbs led here in Jordan Hall at the New England Conservatory…

"The more lasting but more difficult rewards of accepting the passage of Time and of facing the truth are not given short shrift.  Tempo (Colin Balzer) has an array of persuasions ranging from the heart-dropping Gothic Urne voi and the restless Nasce l’uomo through the stormy  Folle, dunque.  Balzer was frightening, irascible and persuasive by turns, but with a constant rich beauty of tone."
-ReviewVancouver.org

"The Frick Collection, one of New York's jewels among museums, has a concert series in a splendid, intimate music room. Its printed history is rich with the great names of piano and string players of the past seventy-five years; singers tend to appear once or twice a season, and here too the selection has been cultivated and knowing–from Mack Harrell (1956) and Frederica von Stade (1974) through Sergei Leiferkus, Susan Platts and Gerald Finley in recent years.  On December 12 the Frick hosted an excellent recital by Colin Balzer, a Canadian light-lyric tenor based in Germany. One hopes his local recital debut presages appearances at the other venues still booking vocal recitals; the 92nd Street Y, Grace Rainey Rogers Auditorium and Town Hall, three of the best rooms in town, have neglected this art form shamefully of late.

Balzer surely does not aspire to Werther or Calàf; his ingratiating, well-knit sound, with baritonal warmth when needed but an airy, floating top reminiscent of Anthony Rolfe Johnson, has been deployed to fine effect in the Boston Early Music Festival's operatic offerings, and he has sung Ottavio and Idomeneo at major European venues.   Bach figures heavily in his schedule.   He didn't venture above a high A in this outing.   But what superb singing, and what a fine, natural interpreter! Pitch and breath control never seem to be at issue, and his attack at all dynamic levels was precise and apt.   Partnered by the excellent, sonorous pianist Erika Switzer, he phrased with great distinction in a program encompassing five Haydn English settings, five relatively unhackneyed Schubert Lieder and a second half devoted to Britten–the Hardy-based cycle Winter Words and five folksong settings. The melismatic passages Britten crafted for Peter Pears demonstrated Balzer's easy agility.

Adept at mimicry and subtle facial play, Balzer set a dramatic mood from the start of his opener, Haydn's melancholy "Spirit's Song," and embodied without histrionics or exaggeration many personae throughout the concert.  He could rise to the odd Gothic tragedy of Schubert's "Der Zwerg" and the philosophical challenges posed by Hardy without distorting his tonal clarity.  Balzer also offers excellent, expressive diction in both English and German and that elusive but essential feature for the folk songs, charm.  Winter Words, a profound and intriguing composition of great feeling, was superbly done by both artists.   A very demonstrative reception at the end brought forth two encores--Copland's "Bought me a cat" (Balzer's honk and neigh were particularly noteworthy) and a ravishing reading of Holst's Christmas carol "In the bleak midwinter."   More, please!

"Canadian tenor Colin Balzer also portrayed an unconventional Don Ottavio, not the archetypical bore but rather a complex and torn character with endless nuance, expressed by Balzer with unerring style and great beauty of tone."
-Opera Canada

"This particular assortment of {Bach} cantatas favoured tenor Balzer, who can sing Bach's often attenuated lines with a lithe, seemingly effortless lightness, then ratchet up the drama for recitatives or quasi-operatic arias like the tempestuous 'Stuermt nur, stuermt' from the intimately scaled Cantata BWV 153."
-The Vancouver Sun
Messiah with the Calgary Philharmonic:
"Colin Balzer was elegance itself in his tenor solos, his singing sophisticated and beautifully shaped in his treatment of the phrases."
-The Calgary Herald
Haydn's Die Schoepfung with Yoav Talmi and the Québec Symphony:
"Among the soloists, I especially loved Colin Balzer for, among other things, his presence and the heart he brings to every phrase.  His was of singing was exemplary, his velvety voice full of poetry."
-cyberpresse.ca
Bach's B Minor Mass with Yoav Talmi and the Quebéc Symphony:
"The tenor Colin Balzer, whose voice seems to grow richer and lovelier, was the standout.  His Benedictus with flute and cello accompaniment, was magnificently delectable chamber music worth the trip."
-Le Soleil

Debut on the distinguished Philadelphia Chamber Music Society series:
“A splendid recital...he produces a sound evoking modern deities Anthony Rolfe Johnson and Richard Croft--clear, floaty, but with a solid baritonal underpinning.  His technique permits long lines, seemingly perfect intonation, and--as the melismatic passages in the Britten portion of the evening demonstrated--wonderful agility.  A first half alternating Haydn and unhackneyed Schubet songs showed excellent, expressive diction in both English and German and cultivated style, plus a kind of 30-something boy-next-door charm...One could have heard a pin drop--until the prologned ovations.”
-Gay City News ​ 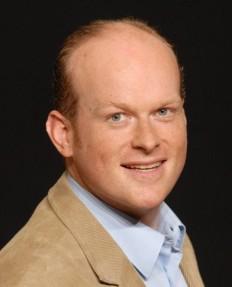 Particularly esteemed as a recitalist, he has been welcomed at London’s Wigmore Hall (accompanied by Graham Johnson), the Britten Festival in Aldeburgh, the Vancouver Chamber Music Festival, the Wratislavia Cantans in Poland, and at the Festspielhaus in Baden-Baden.  Recordings to date include Wolf’s Italienisches Liederbuch and Eisler and Henze song anthologies.   A prizewinner of  Holland’s  ‘s-Hertogenbosch Competition,  the U.K.’s Wigmore Hall Song Competition, Stuttgart, Germany’s Hugo Wolf Competition and Munich's 55th International ARD Competition, Mr. Balzer also holds the rare distinction of earning the Gold Medal at the Robert Schumann Competition in Zwickau with the highest score in 25 years.   Born in British Columbia, he received his formal musical training at the University of British Columbia with David Meek and with Edith Wiens at the Hochschule für Musik Nürnberg/Augsburg. 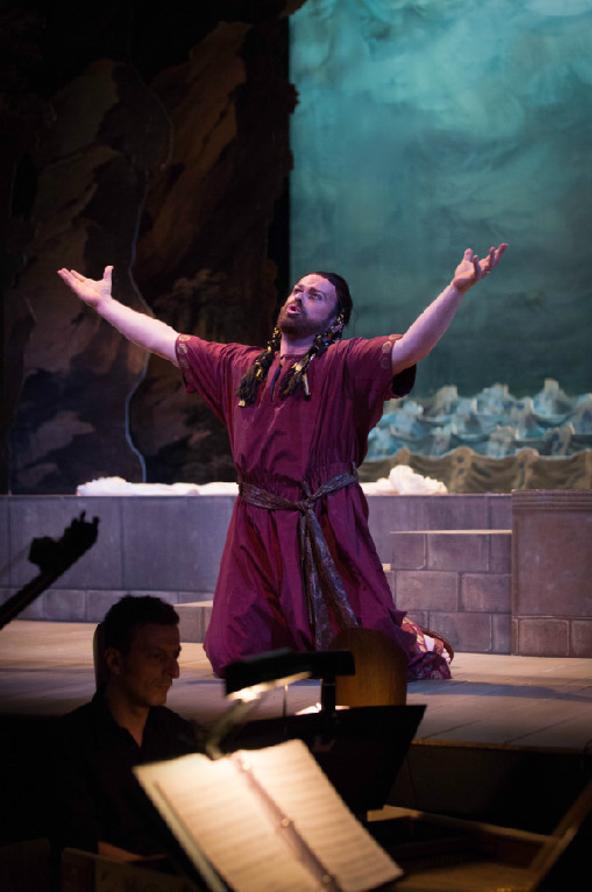 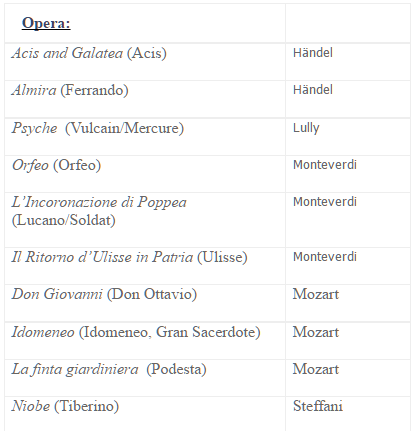 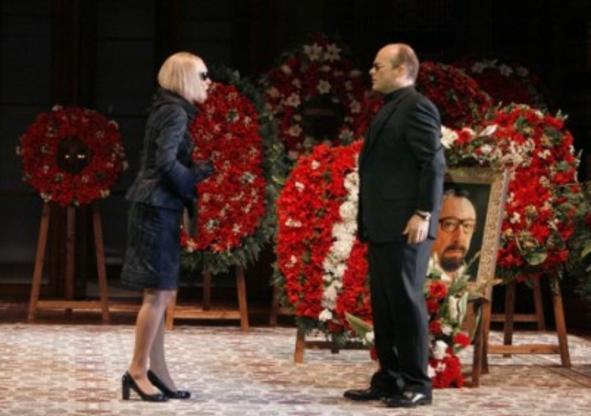 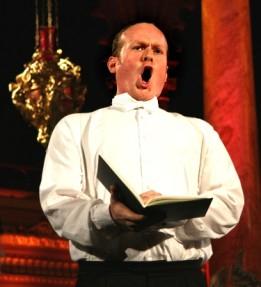 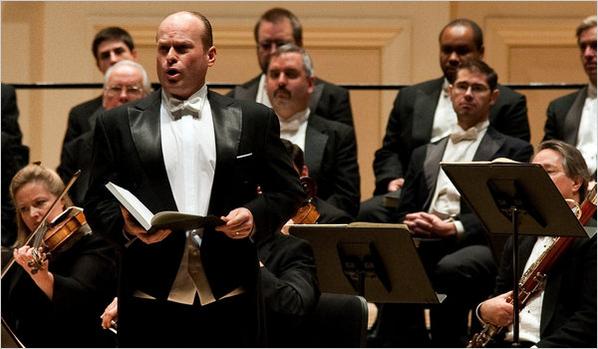 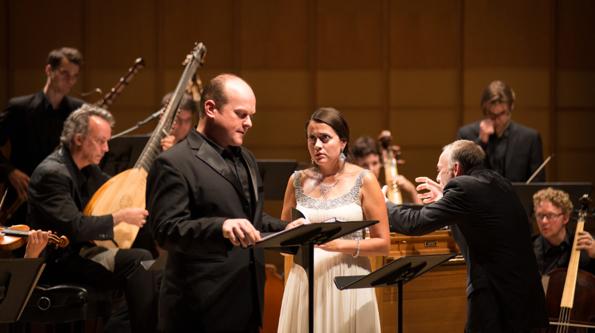 Quartet from Händel's first Italian oratorio - "The Triumph of Time" (1707).
Excerpt from the 2014 Vancouver Early Music Festival production
at the Chan Centre for the Performing Arts in Vancouver, B.C.
https://vimeo.com/113465141 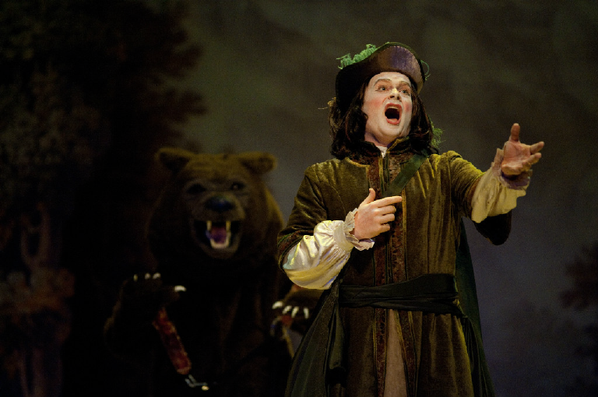 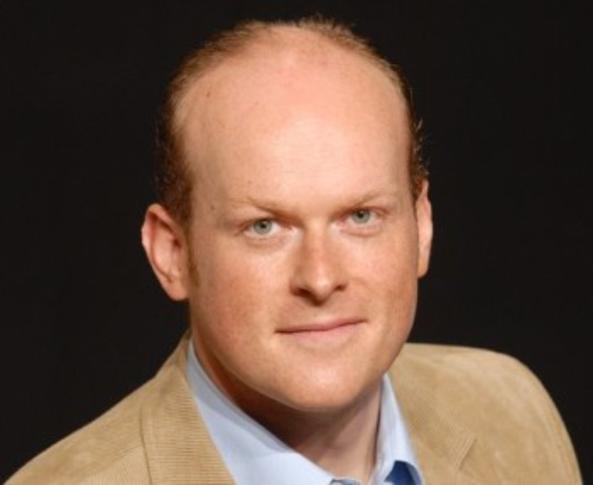 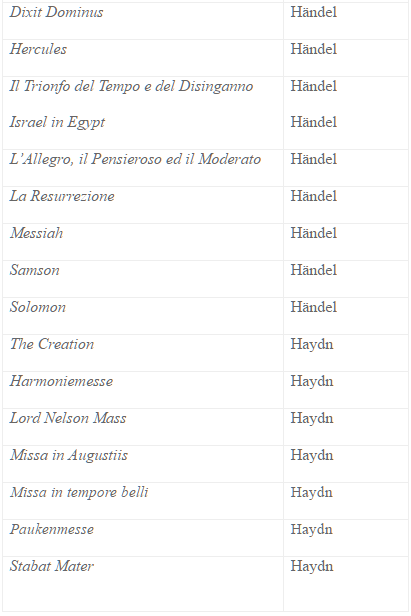 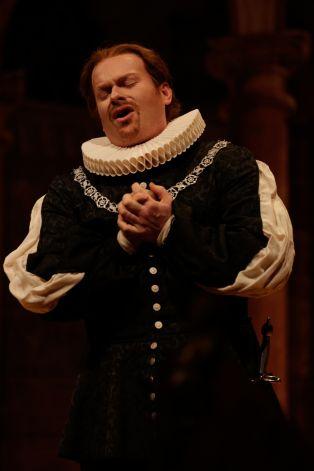 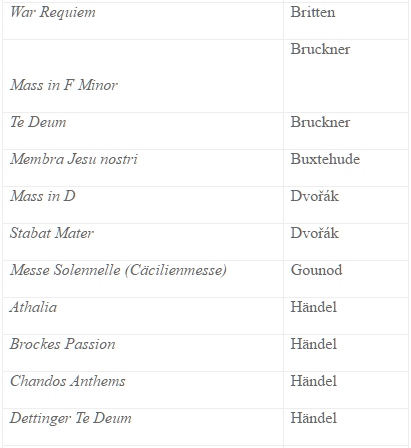