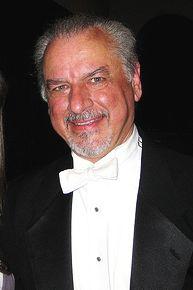 Reprinted in its entirety from the November 11, 2015 Washington Post:

A large, enthusiastic band of music lovers decided to forgo Tuesday night’s debates in favor of a piano recital by James Tocco at the Kennedy Center. The bill of fare was a genuine rarity — all 10 pieces of Franz Liszt’s 1849 piano suite “Harmonies poétiques et religieuses.” (In six decades of avid concert-going, I’ve never heard the entire cycle live.)  Tocco played the whole set, lasting 80 minutes, without intermission or even a break for applause. The effect was overwhelming.

Though none of these pieces are representative of Liszt in virtuoso display mode, they are a test of any pianist’s mettle. And, yes, there was the occasional imperfection. Sometimes Tocco’s attack can be too aggressive, and from time to time he overemphasizes inner voices. Both quibbles are partially attributable to the piano’s overly bright voicing, as well as the less-than-piano-friendly acoustics of the Terrace Theatre.   That said, Tocco is a mature musician with a settled, capacious technique. He sits at the instrument with the sort of calm and erect bearing not often seen these days, spinning out a noble line of considerable grandeur. Most important, he has a big imagination capable of conveying the elevated, ultra-Romantic aspirations of this music with authority and conviction.

In the smaller pieces, an “Ave Maria” and “Pater noster,” for instance, both transcriptions of Liszt’s own choral settings, Tocco was all simplicity and directness. More elaborate ones, such as “The Child’s Hymn on Awakening” and “Andante lagrimoso,” were filled with piquant detail, underpinned by emotional earnestness.

But it was in the three big extended works that form the backbone of the “Harmonies” that Tocco was at his most impressive. “God’s Benediction in Solitude” was spacious, yearning and yet strikingly intimate. “Thoughts of the Dead” is the earliest of the set and also the most harmonically and rhythmically daring.  Tocco articulated the tricky meters, sometimes changing measure by measure, with the naturalness of speech. The thick, growling textures in the piano’s lowest register were appropriately stentorian but beautifully voiced.

The best known of all of these pieces, “Funèrailles,” Liszt’s monument to the 13 generals executed at the end of the failed Hungarian War for Independence in 1849, may have gained most from being heard in context. The introduction’s dissonant clang of church bells sounded terrifying. In the ensuing funeral march, Tocco vividly evoked the great spectacles of public mourning that we know from 19th-century photographs and written accounts. After that, the rolling, organ-like textures of “Miserere after Palestrina,” Liszt’s harmonization of the Italian master, came as the inevitable and only possible answer.

The audience responded immediately to Tocco’s artistically courageous program with shouts of approbation.  Once again Washington Performing Arts has demonstrated that great rewards can result from risk-taking programming.

Schumann Concerto with the Detroit Symphony:
"Guest conductor Gerhardt Zimmermann and pianist James Tocco assured the attractive nature of the event, and the place was indeed packed.  One may not expect many innovative surprises with Schumann's Piano Concerto, with its immense popularity and appeal.  Yet, delving deeply into this music and presenting it with clear and well-shaped phrases is a challenge even for the most experienced pianists.  Tocco, who has become familiar to our audiences through his annual Great Lakes Festival, is one of those few artists who can deliver this work as close to perfection as possible...Well shaped forms and inspiration were the rule.  One rarely hears, for example, the first movement's cadenza with such good balance between the initial expressiveness and the building force and momentum that culminate it.  The expressive middle movement had the right touch--the kind of approach that is sincere without exaggerated artificial sentimentality.  At the climactic conclusion, one was left with the feeling not just of a work well done, but with a work that was done right in terms of the artistic demands."
-The New Monitor


Corigliano Piano Concerto with Leonard Slatkin and the National Symphony:
"Pianist Tocco is practically making a career these days of performing Corigliano’s concerto. Tocco brought out the demonic energy of the work, confidently and skillfully slashing his way through the pounding chords and careening octave passages of the foreboding opening movement. After the fleet, driving Scherzo, there was a nice balance in the weightier Adagio. Tocco colored the piano to bring out the wide-ranging harmonies and melodies of the finale, which ended with a breathtaking crash."
-The Washington Post


Music of Paul Schoenfield on Naxos CD:
“…it’s a virtuoso piano work that pays homage to great composers and musicians such as Ravel, Gershwin, and the Harlem stride pianists of the 1920s.  James Tocco shines here, playing with technicolor sheen in the Gershwinesque Allemande, whose melody parodies the music of old Hollywood romantic comedies, while conveying the excitement of the galloping rhythms and high spirits of the final movement, Boogie.”
-Classics Today

Bernstein’s Age of Anxiety with Marin Alsop and the New World Symphony:
“James Judd and the Florida Philharmonic gave a solid rendering of The Age of Anxiety in May, but the performance by Alsop and the New World Symphony was on a different level.  In large part, that’s due to pianist James Tocco, who was clearly much more in sympathy with Bernstein’s idiom than Judd’s soloist, making for a more cohesive partnership.”
-The South Florida Sun-Sentinel

Mozart #21 with the Cincinnati Chamber Orchestra:
“A thoroughly engaging performance…Tocco presided over the Mozart like the host of a grand event, patrician but always warm and inviting.  The famous “Elvira Madigan” slow movement was a virtual songfest, the CCO strings muted but lush. And there was spring in his touch in the exuberant finale.”
-The Cincinnati Post

“The Great Lakes festival draws its starry roster of musicians from all over the world, but none ever seems to outshine its founder and artistic director, pianist James Tocco.  And it was Tocco’s dramatic turn through Chopin’s Preludes, Op. 28, that highlighted this concert and indeed set the tone for the festival.  Tocco, a Detroit native who holds a distinguished position at the Cincinnati College-Conservatory of Music, imbued each of the Chopin Preludes with its own compelling temperament, imagery and life.  Here was intensely concentrated playing, precisely gauged and yet rhythmically fluid, at once virile and poetic.  Tocco also proved to be a generous musical collaborator in teaming with the Ying String Quartet for Schumann’s Piano Quintet in E-flat, Op. 44…Tocco seemed like another member of the family, so free and vibrant were the exchanges between keyboard and strings in the ghostly scherzo and rocketing finale.”
-The Detroit News

“The blockbuster hit of the day was the Concerto for Violin, Piano and String Quartet by Chausson. It included a stunning performance by pianist Tocco, who is the finest chamber pianist this reviewer has heard. The piano does double duty in this piece as soloist and also accompanist, and Tocco excelled equally in both roles.”
-The Cincinnati Enquirer

Barber Concerto with Leonard Slatkin and the Detroit Symphony:
"Crushing octaves and other dazzling keyboard passages jostle with luscious orchestral textures, melodic sweep and a central elegy of passionate embrace.  The Detroit-born Tocco, also a Barber champion, was a heroic soloist, taming the technical challenges with nimble fingers and a chiseled but flexible sound...a long overdue return to the stage of Orchestra Hall to perform with the DSO."
-The Detroit Free Press

“The Barber centerpiece was his Piano Concerto, which received the 1962 Pulitzer Prize.  It is a work of dazzling brilliance, prodigiously difficult for pianist and orchestra alike.  Pianist James Tocco, a Detroit native who has kept up his local ties as artistic director of the Great Lakes Chamber Music Festival, turned in an effort that was little short of Olympian.  The finale, fraught with torrential syncopations at blinding speeds, left the pianist red-faced at the finish--and the audience quite wowed.”
-The Detroit News


Schumann Concerto with the Detroit Symphony:
"Schumann's concerto offered the most substantive music of the night.  It was particularly rewarding to hear the versatile Tocco, who is best known nationally as an exponent of 20th-century American music from Barber to Corigliano, tackle Schumann's mercurial, romantic concerto from the mid-19th-century.  Metro Detroiters, who hear Tocco annually at the Great Lakes Chamber Music Festival where he is artistic director, know the balance of passionate yearning and structural discipline that he brings to this repertoire, and those qualities were much in evidence on Sunday.  Playing with a chiseled yet sensitive tone and touch, Tocco was keenly alert to the composer's impulsive shifts of mood, capturing the serene melodic and harmonic beauties and agitated fits in equal measure."
-The Detroit Free Press

JAMES TOCCO enjoys international renown as a recitalist, orchestral soloist, chamber musician and pedagogue.  Beyond mastery of  virtually the entire standard piano literature, he is widely regarded as among the foremost interpreters of American masterworks, including Bernstein’s Age of Anxiety (recorded with Leonard Slatkin and the BBC London Symphony), the Barber Concerto (performed with the orchestras of Detroit, Kansas City, Long Beach and others) and the Corigliano Piano Concerto, of which he is acknowledged the definitive interpreter by the Pulitzer-Prize-winning composer.   He has performed this spectacular work with the Atlanta, Cincinnati, National, San Diego, Kansas City and Phoenix Symphonies and Louisville Orchestra (the latter including a recording).   Recent European debuts include the London Philharmonia (Prokofiev’s Third Piano Concerto) and Royal Concertgebouw Orchestra  (MacDowell Concerto and Gershwin’s Rhapsody in Blue).   An especially accomplished recitalist, Mr. Tocco has been widely praised for his interpretations of Beethoven, Handel and Chopin, as well as works by 20th-century composers.  Of particular and rare distinction the last two seasons are his performances of the complete Harmonies poétiques et religieuses of Franz Liszt, a monumental seventy-five minute cycle  he presented as part of  the 50th Annual Convention of the American Liszt Society and reprises this season at the Kennedy Center under the auspices of the Washington Performing Arts Society.

Mr. Tocco's teaching activities have included appointments as Professor of Piano at Indiana University and the Manhattan School of Music.  Since 1991 he has been on the faculty of the University of Cincinnati College-Conservatory of Music, where he holds the title Eminent Scholar/Artist-in-Residence.

He is Founder and Artistic Director Emeritus of the Great Lakes Chamber Music Festival. 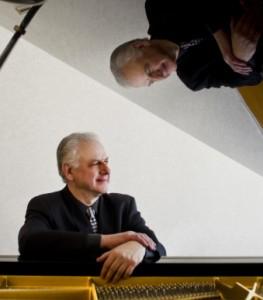 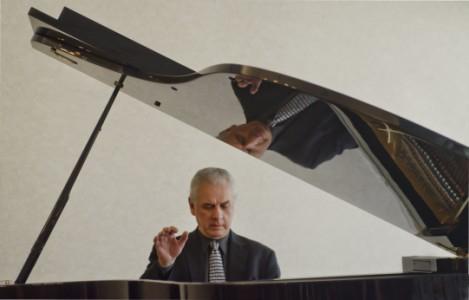 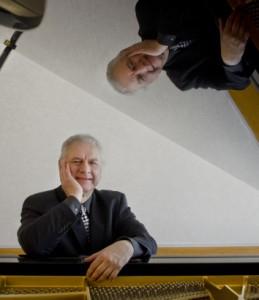 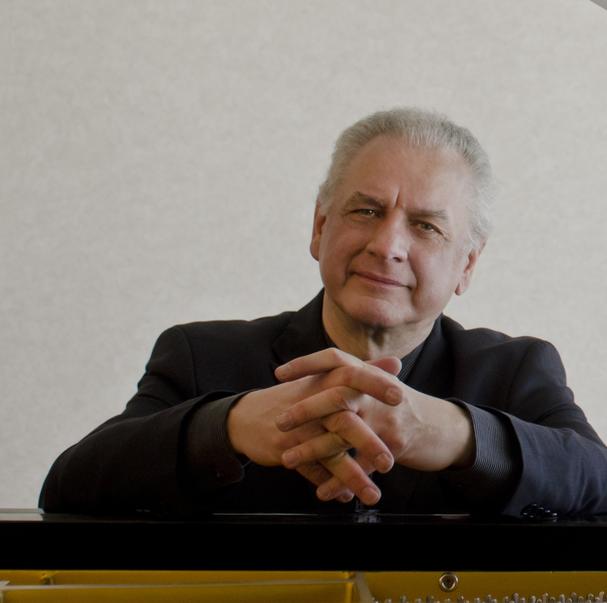 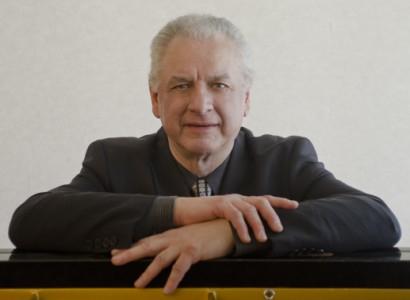 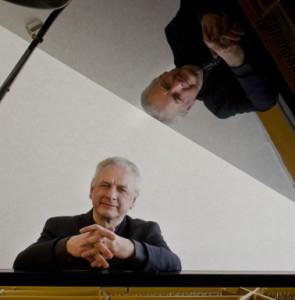