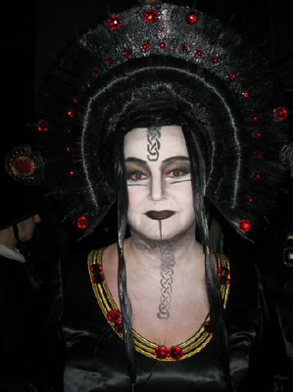 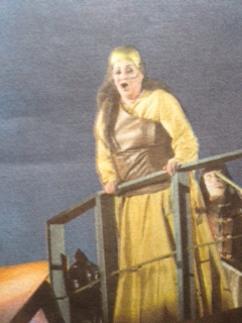 Winner of the prestigious Kirsten Flagstad prize and newly appointed Artistic Director of Norway's Kirsten-Flagstaad Festival, TURID KARLSEN enjoyed tremendous success  with her first-ever Abigaille in Verdi’s Nabucco  at Opera Østfold’s “Fredriksten Festning” in her native Norway.  The dramatic soprano is renowned on both sides of the Atlantic for bringing vocal ease and superb musicianship  to some of opera’s most challenging roles.   Opera Pacific presented her as Strauss' Salome, Leonora in Verdi's Il Trovatore and Puccini's Turandot, the latter a role she also performed with the Opéra de Québec, Goteborg (Sweden) and Madison Operas.  She made hugely successful debuts at the Dallas and Montreal Operas, as Strauss' Ariadne and Giorgietta in Puccini's Il Tabarro, respectively;  opened the Oslo opera house as Senta in Der fliegende Holländer (also doing the role at the Zeeland Nazomer Festival in Terneusen, Holland, and at the Münster and Madison Operas),  sang her first-ever Isolde (Bielefeld), made her Palm Beach Opera debut as Leonore in Beethoven's Fidelio and her Orlando Opera debut as Verdi's Leonora in Il Trovatore.  Her extensive repertoire includes Wagner (Elsa in Lohengrin, Eva in Die Meistersinger, Elisabeth and Venus in Tannhäuser, Gutrune in Götterdämmerung), Richard Strauss (the Marschallin in Der Rosenkavalier, Arabella, Ariadne and Salome), Mozart (Countess in Figaro, Elettra in Idomeneo), Johann Strauss (Rosalinde in Die Fledermaus); her “signature” role of Leonore in Beethoven’s original and revised versions of Fidelio; Verdi’s Aida, Janáček’s Jenufa, and Agathe in Weber’s Der Freischütz. In Germany she has performed at the opera companies/festivals of Kassel, Freiburg, Augsburg, Kiel, Bonn, Karlsruhe, Hannover, Stuttgart, Mannheim, Düsseldorf, Cologne and was seen by thousands in an all-Wagner concert at Berlin’s Gendarmenmarkt. Conductors with whom she has collaborated include Daniel Barenboim, Leon Botstein, John DeMain, Rafael Frühbeck de Burgos, Eliahu Inbal, Hermann Michael, Christof Perick, Eve Queler, Dennis Russell Davies, Yoav Talmi and Samuel Wong; stage directors include Götz Friedrich, Werner Herzog, Tony Palmer, Jurij Ljubimov and Giancarlo del Monaco. The soprano has also been welcomed at Switzerland’s Lucerne Festival, New York’s Bard Festival (performing the music of Beethoven, Mahler and Janácek) as well as London’s Royal Festival Hall, Vienna’s Musikverein and the Amsterdam Concertgebouw.

Ms. Karlsen’s astonishingly varied concert repertoire includes Mahler’s Eighth Symphony (which she sang with the Québec, Madison, Vancouver and Montreal Symphonies, as well as with orchestras in Austria and Portugal), Beethoven’s Ninth Symphony and Missa solemnis (the latter sung to high acclaim with both the Milwaukee Symphony/Andreas Delfs and Phoenix Symphony/Michael Christie); Janáček’s Glagolitic Mass, Poulenc’s Gloria, the Dvořák Requiem and the Verdi Requiem (performed with the Zurich Tonhalle Orchestra). She made a much-acclaimed Oslo Philharmonic debut, performing Grieg Songs with Mariss Jansons on the podium, sang Beethoven #9 with both the Hong Kong and Oslo Philharmonics; was twice guest soloist with the distinguished Berlin Radio Choir and debuted with the London Symphony Orchestra under Michael Tilson Thomas.

Ms. Karlsen began her musical studies at Holland’s Maastricht Conservatory. Private studies followed with the renowned Ingrid Bjoner in Norway. Her recordings include Zemlinsky’s Lyric Symphony with Antony Beaumont and the Czech Philharmonic and Krenek’s Karl V with the Orchester der Beethovenhalle Bonn under Marc Soustrot. 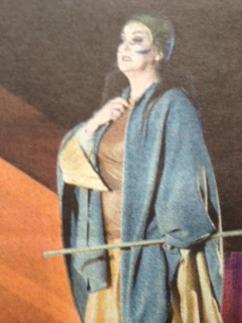 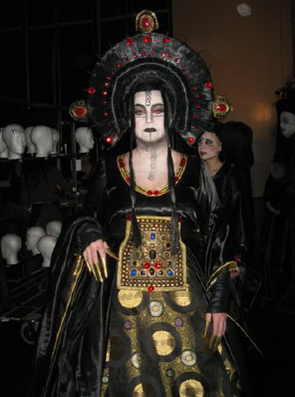 ​First-ever Abigaille in Verdi's Nabucco:
"As the wicked daughter, dramatic soprano Karlsen made an effective contrast to her sister Fenena.  A former student of the great Ingrid Bjoner, she combines thrilling dramatic soprano sound without skimping on razor-acute coloratura.  Abigaille is the most exacting, fiendish role in Nabucco and here it has an interpreter in complete control and command of it."
-Moss Avis (Norway)

"In the notoriously demanding role, Karlsen performs radiantly.  Verdi imparts some Queen-of-the-Night Mozartean technical/coloratura demands on this vengeful and ambitious king's daughter.  It is hard to imagine many sopranos mastering them all as effortlessly as she."
-Halden Arbeiderblad (Norway)


Il Trovatore at the Orlando Opera:
“Turid Karlsen’s Leonora was a lesson in breath management, spinning out long lines in beautifully shaped phrases.  Her delivery of the high-lying piano notes in the cadenza at the end of the cavatina D’amor, sull’ali rosee was masterful and earned a well-deserved ovation.”
-Opera News

Il Trovatore at Opera Pacific:
“Karlsen has a soprano with dramatic heft yet capable of delicacy and an attractively fresh tone quality. She brought out the vulnerability in Leonora, and her singing performance just got stronger all evening. Karlsen was able to do some voluptuous shaping of Verdi’s musical phrases. The high point of the evening was a shimmering performance of the aria Leonora sings before going to her imprisoned Manrico.”
-The Orange County Register


Beethoven’s Ah, perfido! And Strauss’ Vier letzte Lieder at Canada’s Euphonia Festival:
“…no surprise that the highlight was soprano Turid Karlsen from Berlin.  Karlsen opened the concert with a familiar indulgence for opera lovers, Beethoven’s aria Ah, perfido.  Karlsen did well to balance the sweetness of her voice (especially in the higher ranges – she soars!) with the storytelling of a woman scorned through passionate and confident singing.  It was a lively warm-up to the Strauss, in which Karlsen sang the rich and meditative works with depth and goosebump-worthy dynamics.”
-Canada.com/Times Colonist


Salome at Opera Pacific:
“Making her North American opera debut, the Norwegian soprano , Turid Karlsen, sounds as fresh and sturdy as she acts…Karlsen’s freshness never diminishes.  She is completely in command of Strauss’ punishing music, and her voice is thrilling.  And by the end, she captivates, winning us over not so much as Salome but as a singer mastering great music with aplomb.  Seldom is an audience so encouraged to sympathize with Salome.”

“Another Ljuba Welitsch? Ideal voices for Salome are hard to come by, so Turid Karlsen may be just what lovers of Richard Strauss have been waiting for. From beginning to end, the soprano provided exactly what Strauss wanted: a voice big enough to carry, yet still girlish, capable of spot-on high notes, supple phrases and superb dynamic control from one end of her range to the other, with dramatic skill to project the heroine’s complex pathology.”


Gala Opening of the Oslo Opera House:
“The high point of the evening was saved for last, with Terje Stensvold and Turid Karlsen in highlights from Wagner’s Flying Dutchman, bringing to their roles vocal assurance and overwhelming dramatic conviction.”

Title role of Strauss’ Ariadne auf Naxos at the Dallas Opera:
“Vocally, the Dallas Opera has one of its best and most consistent casts in recent seasons.  Norwegian soprano Turid Karlsen is a glorious Ariadne, her tone spun gold, effortlessly strung out, elegantly draped around every phrase.”


As Giorgietta in Puccini’s Il Tabarro at the Opéra de Montréal:
“The Norwegian soprano Turid Karlsen projects a genuine Italianate voice and is an utterly natural actress.”

as Isolde in Wagner's Tristan und Isolde:
"Vocally outstanding was Turid Karlsen's Isolde.  The right role at the right time and place, her singing distinguished by beautifully round tone, exemplary text articulation and ease in the highest register.  She sings with a lyrical foundation that sounds effortless and shows not the slightest fatigue straight through to the deeply moving Liebestod.” 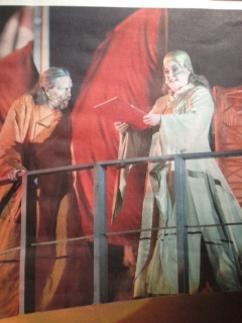 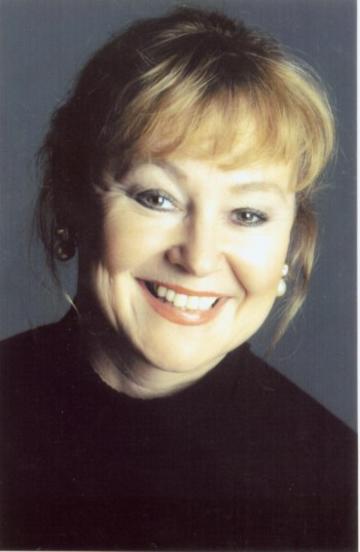