​Mendelssohn Concerto with Bruce Hangen, Indian Hill Music Festival
“Juliette Kang has soloed with many of the world's major orchestras under as many well-known conductors in as many famous concert halls - a true musical celebrity and, may we say, violin virtuoso.  Her performance was as close to perfect as one could hope, with exquisite phrasing, flawless intonation in all contexts and a secure, beautiful tone from the first note to the last.  She was rewarded with cheers and a standing ovation that could have stretched through the following intermission."
-McLaren Harris, indianhillmusic.org


"A certain want of warmth in the orchestral sound was well suited to the deliberately crisp and unsensual instrumental style of Stravinsky's Violin Concerto.  In this centerpiece of the program, Susanna Mälkki shaped strong support for Philadelphia Orchestra first associate concertmaster, Juliette Kang, whose account of the solo part was perceptive and rhythmically pointed."
-Seen and Heard International

Beethoven Concerto with the Simon Sinfonietta:
“Juliette Kang, the soloist in Beethoven’s Concerto for Violin and Orchestra in D Major, is First Associate Concertmaster of the Philadelphia Orchestra.  A contained presence on stage, she is a commanding artist with richness of tone, superb technique and musical intelligence.  One could feel the musical chemistry between conductor, orchestra and soloist and it was clear the members were paying close attention.

There was in this performance the spirit of true chamber music, abetted by the intimacy of the hall at Falmouth Academy.  And there was a truly satisfying give-and-take in many passages between players and soloist. Kang elected to play the magnificently written cadenzas by Fritz Kreisler.  In playing these cadenzas she conveyed an endless stream of forward motion with a delicate and floating tone, and scales and arpeggios that were seamless and effortless.”
-The Cape Cod Times

Tchaikovsky Concerto with the Philadelphia Orchestra:
“…But others, like violinist Juliette Kang Wednesday night, give you the feeling they’ve spent years thinking about a piece.  It’s not that Kang, the orchestra’s first associate concertmaster, sounded like one of the many first-tier full-time soloists who have stepped in front of this orchestra with the Tchaikovsky Concerto.  What was striking about her interpretation is that she sounded like a completely different first-tier soloist, one who had rethought the piece to make it less showy and more introspective.  To have done this at the Mann Center, with its distractions of ambient sound, was all the more impressive.  Kang had the power of a charismatic orator who draws the listener in by speaking softly.  She’s not a flashy player.  Technically she’s all there, but that’s not her greatest quality.  I was most taken by her work in the first movement – the manipulation of color, the wisdom to linger on a particular note for just the right amount of time.  Kang – who came to the orchestra after holding a similar position with the Boston Symphony Orchestra from 2003 to 2005 – has both sweetness and sincerity in her playing.  The thing that distinguished her, however, was the way she used details to make you hear the piece in a different way.  It emerged less heroic and more vulnerable, less declarative and more questioning.”
-The Philadelphia Inquirer

Mozart #4 with the Baltimore Chamber Orchestra:
“Guest artist Juliette Kang, associate concertmaster of the Philadelphia Orchestra, delivered a glowing performance of Mozart’s Violin Concerto No. 4.  Even at fast speeds (the first movement had quite a tailwind), her playing was beautifully centered and silken in tone.  The Andante inspired particularly elegant phrasing.”
-The Baltimore Sun

Shostakovich #2 with the National Chamber Orchestra:
“The highlight of Saturday’s concert was the terrific Canadian violinist Juliette Kang, who played the Shostakovich Violin Concerto No. 2…Kang is a true individual.  She performed Shostakovich’s demanding concerto with authority and conviction and was never bashful about making big personal statements.  Her approach was both athletic and musical, and she knew how to milk a phrase without sounding maudlin.”
-The Washington Post

Korngold Concerto with the Akron Symphony:
“Juliette Kang gave the concerto warmth, tenderness and an enigmatic beauty in her assured performance…Kang, a superb musician, locked in every note and yet gave a performance of ease and flexibility. The orchestra was buoyed by her and gave its best performance of the evening with Kang lighting up Korngold’s jeweled hues and lush scoring.”
-The Akron Beacon Journal

Shostakovich #2 with the Québec Symphony:
“Juliette Kang is an impressive violinist and a musician to the core. Hers is a very pure sound, her playing technically perfect and maturity altogether astounding. This is intense, profound playing an artist who knows how to make every note count.”
-Le Soleil, Québec

Schumann Concerto with the Vancouver Symphony:
“Since it more than deserves to be heard—it’s by the great Schumann after all—it was especially good to hear that Kang and the VSO plan to record it soon for CBC Records. She made a wonderful case for it, dashing off its technically difficult passages securely and imbuing the slow movement with great dignity and warm songfulness in her phrasing.”
-The Vancouver Sun

FIRST PRIZEWINNER IN BOTH THE MENUHIN AND INDIANAPOLIS COMPETITIONS

"Authority is in short supply in Bruch’s Scottish Fantasy,  a violin concerto in all but name that’s based on Scottish folk songs and sounds twee at best, cheap at worst. I’d even venture to say that the folk music, particularly in the final movement, stymied the composer’s creativity.  At least that’s the impression I’ve had from performances by high-personality star violinists. But the orchestra’s first associate concertmaster, Juliette Kang, didn’t try to make the piece sound more imposing than it is, and did so with a rock-solid technique and beautiful tone that consistently projected sincere emotionalism.   She made the piece real.   I didn’t know that was possible.  Her encore, a movement of Paul Hindemith’s Sonata for Violin Solo Op. 31 No. 2, was even more poetically played." 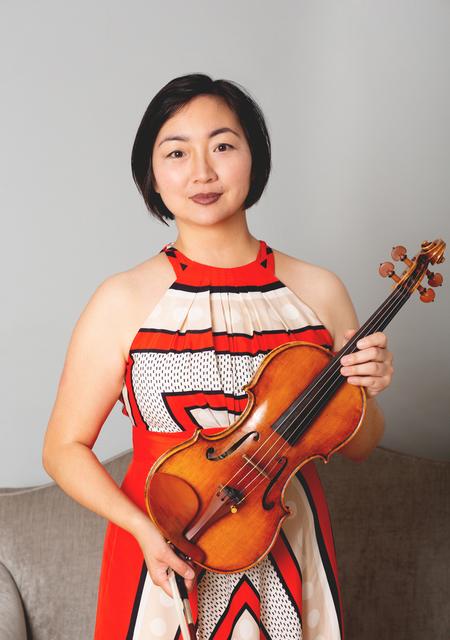 Born in Edmonton, Canada, Ms. Kang began her violin studies at age four. At nine she began studying with Dr. Jascha Brodsky at the Curtis Institute of Music, from which she earned her Bachelor’s Degree in 1991. In 1993 she earned her Master’s Degree from The Juilliard School, where her teachers included Dorothy DeLay, Hyo Kang and Robert Mann. She came to international attention as winner of First Prize in both the Yehudi Menuhin and Indianapolis International Competitions and is also a Young Concert Artists winner.

Ms. Kang’s recording debut--a recital on the Discover International label, including the premiere recording of Lutoslawski’s Subito--was issued to rapturous acclaim and followed by a recital CD recorded “live” at Carnegie Hall. On the C.B.C. label is her orchestral recording debut, Schumann and Wieniawski (#2) Concertos with Sergiu Comissiona and the Vancouver Symphony. Ms. Kang has also been a member of the Metropolitan Opera Orchestra, was assistant concertmaster of the Boston Symphony and in 2005-2006 joined the Philadelphia Orchestra as First Associate Concertmaster. Ms. Kang has been profiled in The Strad, The Indianapolis Star, The New York Times, The Globe and Mail and many other publications. 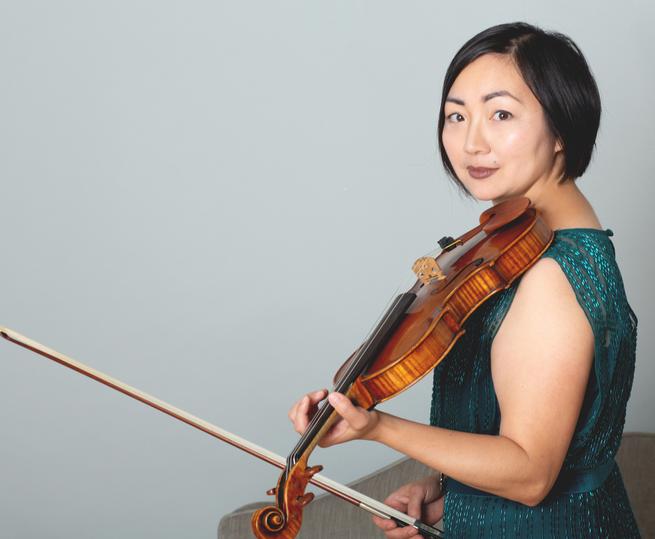 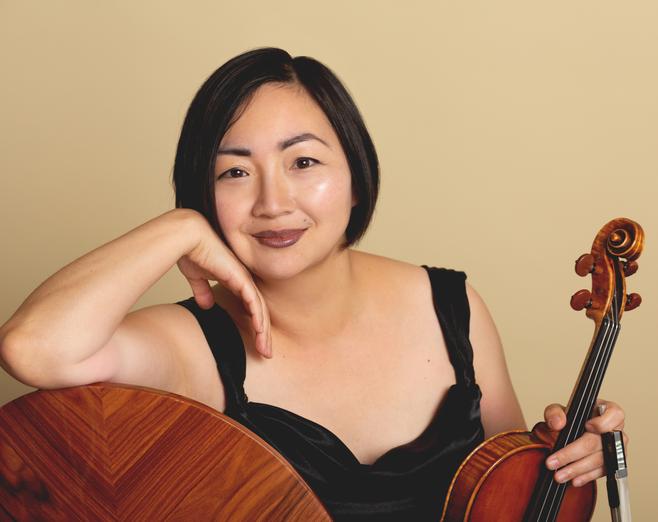 Bruch's Scottish Fantasy with Yannick Nézet-Séguin and the Philadelphia Orchestra: 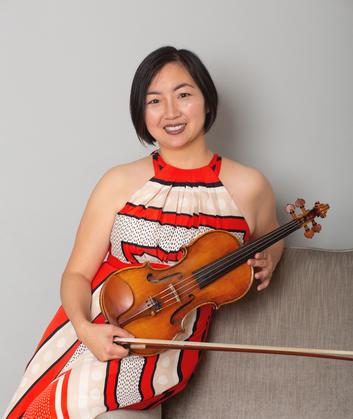 "Live" recording of the Mendelssohn Concerto: