Return to the New York Philharmonic for five  Messiah performances conducted by Peter Schreier:
"But the singers, conscientious toward text and blend, rose to the occasion in climactic numbers like a Hallelujah chorus partly obscured by the slow rumble of audience members standing up according to tradition.  Not a few took the opportunity to leave immediately after, heedless of the lovely I know that my Redeemer liveth that accompanied their retreat.  That aria was a highlight for Ute Selbig, a bright-voiced German soprano.  Ms. Selbig's English diction was excellent..."

"ROM THE DINNER TABLE TO THE STAGE. Kammersängerin UTE SELBIG saved the day. With almost no notice and literally having dinner at home at the time, she was phoned and asked to sing Agathe in Weber’s Der Freischütz at the Dresden Semperoper. She sang and acted the role as if she had been doing it from the start of rehearsals! Long a leading soprano at this House, one of her earliest successes was Ȁnnchen in this same opera. It really says something that she was as vocally fresh and assured at the end of the evening as at its start, and calls into question the practice of assigning premieres to guest artists and later performances to company members."

As Eva in Wagner’s Die Meistersinger von Nürnberg at the Dresden State Opera:
“She is the bright spot in the new production, the warmth that melts the cold.  The talk of the town is Ute Selbig’s first Eva.  We know her from countless local appearances not only the Mozart for which she is famed but also as an acclaimed Micaela. She is also a renowned concert singer perhaps even better appreciated outside of Dresden.  She has successfully moved into this heavier repertoire at exactly the right time and the public enthusiastically embraced her.  She brings to this role a clear soprano, radiant high notes and seamlessly integrated registers.  The voice carries, even in pianissimo, and altogether gloriously in the famous third-act quintet!”
-Dresden Neueste Nachrichten

​As the Countess in the Nürnberg Opera’s production of Mozart’s Le nozze di Figaro:
“Ute Selbig sang the Countess with artistocratic bearing, embodying the character’s realization that in love’s marketplace there are, alas, losers.”
-Nürnberger Zeitung


Beethoven’s Mass in C Major and Ah! perfido with the Charlotte Symphony:
“Especially when the music was lyrical, soprano soloist Ute Selbig sailed above everyone with a dove-of-peace purity…Selbig proved that she had fervor, too, when she took center stage in Beethoven’s Ah! Perfido, an opera-style scene depicting a woman abandoned by her sweetheart.  When the heroine raged, Selbig captured the fury through vibrancy and pointedness rather than brute force.  When tenderness took over, Selbig’s voice was as quiet as if she were singing to herself.  Yet it let the entire audience in.”
-The Charlotte Observer


As Pamina in the San Diego Opera production of Mozart’s Die Zauberflöte:
“German soprano Ute Selbig has been seen with San Diego Opera many times before, but never as impressively as on this visit as the heroine Pamina. Big voices don’t always mean beautiful voices, but Selbig has both, and her aria Ach, ich fühl’s, es ist verschwunden is among the most moving moments of the evening.”
-NCTimes.com


As Fiordiligi in the Vancouver Opera’s production of Mozart’s Così fan tutte:
“Making her Vancouver debut as Fiordiligi, Dresden-based Ute Selbig gets some of the most multifaceted solo music in the opera, and responds with a sound that fills the theatre while retaining an aura of purity and elegance, all the while projecting a certain vulnerability.”
-The Vancouver Sun


Schumann’s Das Paradies und die Peri with Gerard Schwarz and the Seattle Symphony:
“The four principal soloists were superb singers, who could articulate the German decisively and give breadth to Schumann’s lyricism.  German soprano Ute Selbig, who made a huge impression at her debut in Seattle Opera’s Der Freischütz, was the Peri, a sort of Persian fairy.  She sang with customary clarity, dramatic impetus and beauty of tone.”
-The Seattle Post-Intelligencer
​

As Ilia in Mozart’s Idomeneo with Sir Colin Davis at the Staatsoper Dresden:

“Absolutely perfect was Ute Selbig’s Ilia, with a masterfully controlled voice, beautiful line and dynamic interpretive and coloristic range.  One can hear how her extensive oratorio experience serves her brilliantly in opera.”


Brahms Requiem with Christof Perick and the Indianapolis Symphony:
“SUPERB TONE COULD SHATTER GLASS.  Soprano Ute Selbig, making her ISO debut this week, gets just one lyrical outing in Brahms’ Requiem.  But it’s a difficult test for a soprano, calling for high, sustained singing that musn’t depart from a message of tender concern.  Breaking into anything dramatic would deform it.  Selbig never fell into that error, and the choir supported her smoothly.”
-The Indianapolis Star


As Marzelline in the San Diego Opera production of Beethoven’s Fidelio:
“German soprano Ute Selbig was charming and consistently delightful to hear as the clueless Marzelline.”
-Opera News

In opera, Ms. Selbig is an especially celebrated Mozart interpreter, her roles including Fiordiligi (Così fan tutte), Pamina (Die Zauberflöte), Donna Elvira (Don Giovanni), Ilia (Idomeneo) and Susanna (Le nozze di Figaro), enjoying particular success in many of these roles at the San Diego Opera. In addition she scored tremendous successes as Zdenka in Strauss' Arabella at the Grand Théâtre de Genève, and in the title role of Puccini's Suor Angelica in Dresden. She made her Canadian debut, performing Fiordiligi with the Vancouver Opera, earning unanimous critical acclaim.  But she has also been praised for new roles like Mozart’s Countess at the Berlin State, Dresden and Nürnberg Opera and Eva in Wagner’s Die Meistersinger von Nürnberg at the Dresden State Opera.

Ms. Selbig's awards and distinctions include the Christel-Goltz-Preis for her consistently outstanding contributions to the Dresden State Opera; and First Prize in Leipzig's International Johann-Sebastian-Bach Competition. She was made a Kammersängerin, the highest honor a singer can receive in Germany and Austria.​ 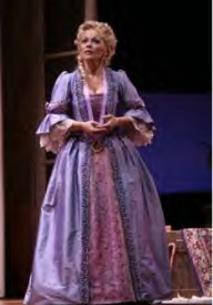 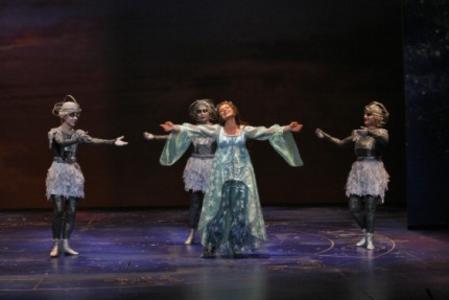 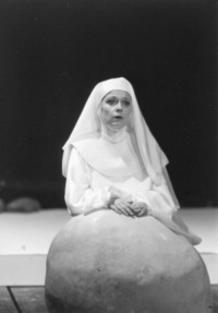 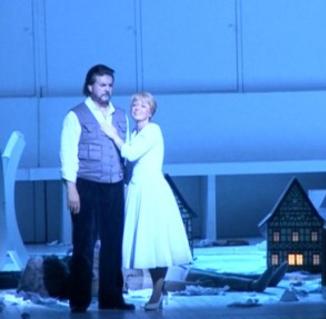 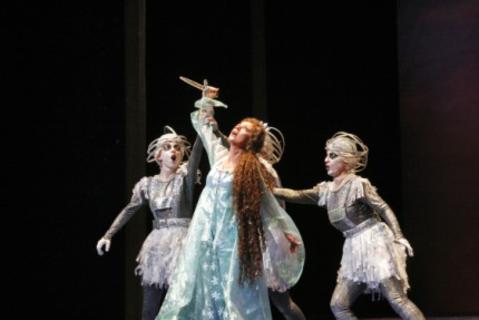 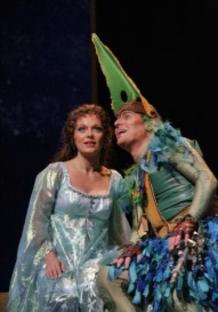 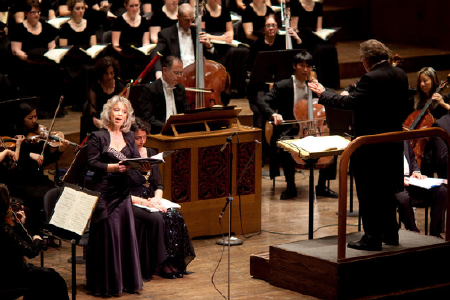 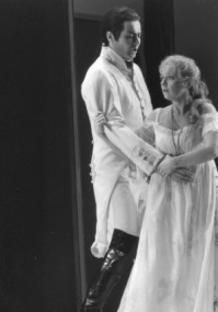 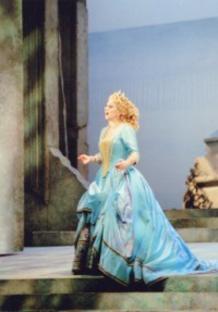 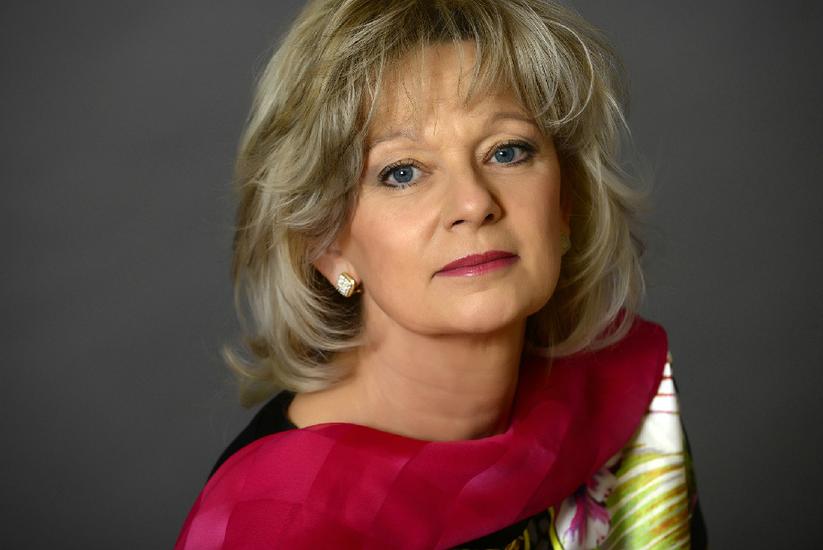 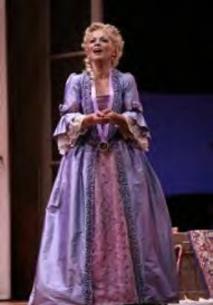 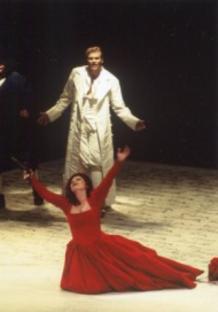 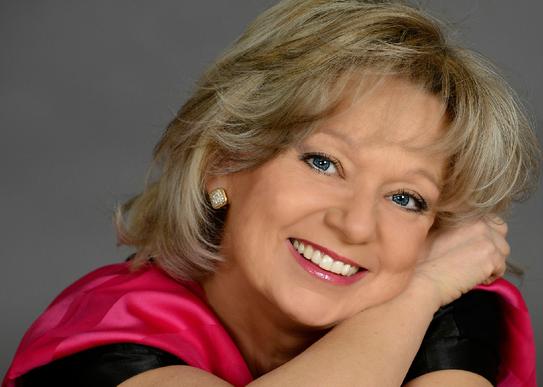 A varied selection of concert/opera video is available here. 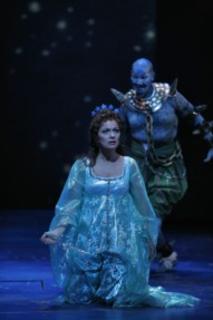